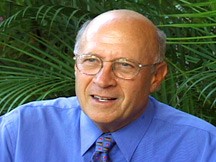 In 1993 Morris Wolff received the United Nations Peace Award for Humanitarian Service at Carnegie Hall. In 1983, along with Rosa Parks, he was awarded the National Council of Christian and Jews annual award for humanitarian service for his work with Attorney General Robert Kennedy in helping to write the United States Civil Rights Act of 1964.

Morris practiced international law and trial law in Philadelphia from 1970 to 1993 as a partner with the Honorable Harold E. Stassen, former Governor of Minnesota and one of the five original signers of the United Nations Charter. During that period Morris was also a Professor of International Law and Ethics at the University of Pennsylvania Law School and served for two years as the Chief Assistant District Attorney of the City of Philadelphia. In March of 1983 Morris was asked by Guy von Dardel of Stockholm, Sweden, half-brother of Swedish diplomat Raoul Wallenberg, to sue the Soviet Union to force them to release his brother Raoul. This book tells the Wallenberg story of heroic lifesaving work in Hungary and reports on Morris's pro bono effort in US Federal Court in Washington DC to achieve this awesome task of rescue. Morris Wolff is a distinguished lawyer and law professor. He is a cum laude graduate of Amherst College and of the Yale Law School, where he studied international law under Sterling Professor Myres McDougal and Federal Judge Guido Calabrese, of the U.S. Second Circuit Court of Appeals. Morris currently resides in Florida where he continues his career as an Associate Professor and Director of the Bethune-Cookman University Wild Cats Write! Program for Entering Freshmen.